An alternative to trains & football….

…is it really possible?

Well – yes, we like to think that on Saturday & Sunday (14 & 15th) we can offer a real alternative with live action horse displays around the site and the field gun in action.

OK – a train, but with Horses!

There are rather splendid first world war cavalry (think War Horse!) demonstrations in action a couple of times each day in the main arena, a spectacle that many really find fascinating to watch.

In addition to these displays, at regular intervals during the day we will have draught horses in action hauling a General Service wagon (the horse drawn equivalent of an off-road lorry!) and a team of horses demonstrating haulage of the large field gun and limber – ultimately bringing it to a firing position.

Tracks to the Trenches also brings an unprecedented range of First World War Living Groups and displays – bringing some of the history to life, in the replica (& quite authentic) Trench and alongside the vehicles and railway displays. 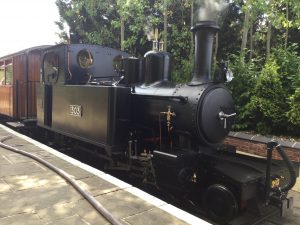 ….and things are hotting up!
An unusual project is underway (we always need one before an event)…. 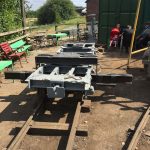 …plus the toy box is getting rather full (but always room for another)! 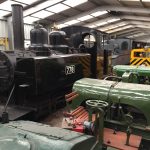 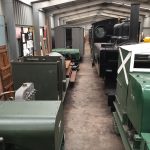 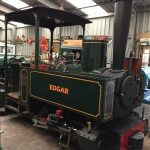 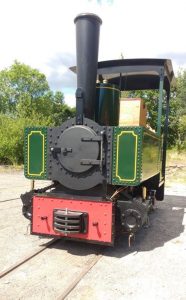